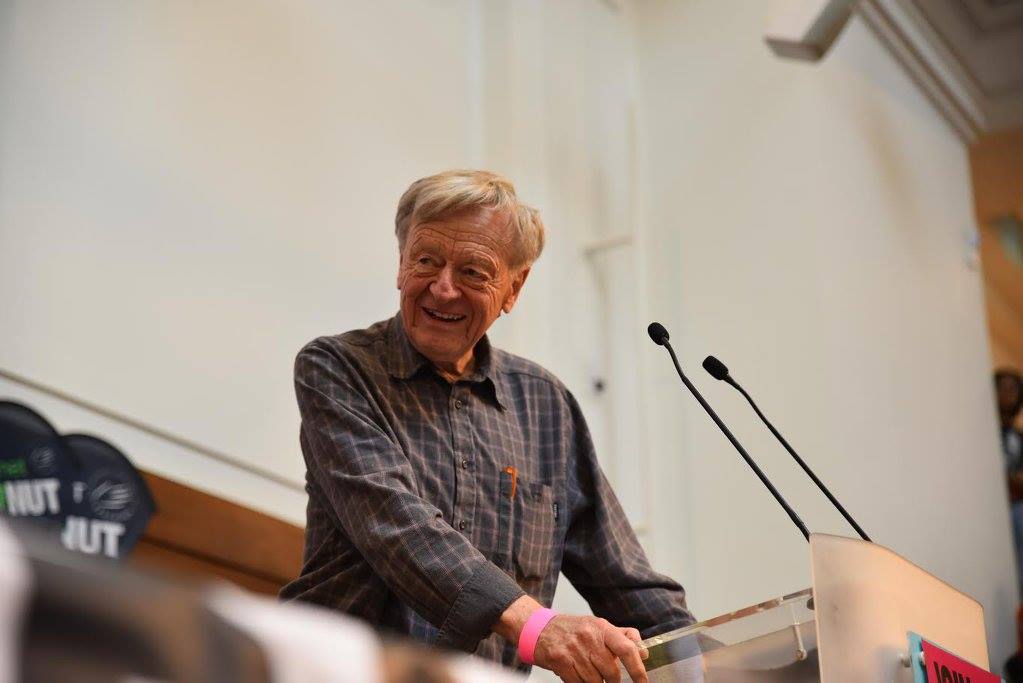 Holocaust Memorial Day: Lord Dubs discusses the Kindertransport and the lessons for today

Holocaust Memorial Day (27 January) is a national commemoration day in Britain dedicated to the remembrance of all those who suffered in the Holocaust, under Nazi Persecution and subsequent genocides in Cambodia, Rwanda, Bosnia and Darfur.

In order to mark HMD this year Zak Cochrane from Love Music Hate Racism was honoured to interview Lord Alf Dubs about his experiences as a child on the Kindertransport and the lessons we should draw on for today.

The Kindertransport, meaning “children’s transport” in German, was an organised rescue effort which saved the lives of nearly 10,000 predominantly Jewish children, by bringing them to Britain from countries such as Germany, Austria, Czechoslovakia and Poland. This took place nine months before the outbreak of the Second World War in 1939.

I started by asking Alf what he remembers as a child on the Kindertransport.

Alf explains; “I was 6 years old at the time and I remember being in school just before. It was 1939 and the Nazis had occupied Prague, we were told by the teacher to tear out the photo of the Czech President and replace it with a photo they gave us of Adolf Hitler.”

“My father left for London shortly after, but my mother was refused permission to travel. She took me to the railway station with food for the train journey, I remember on the platform seeing Nazis with guns as I was boarding. It was here I had to say goodbye to my mother.”

“The journey took us through Holland, where I was expecting to see wooden houses from what I had been told of Holland, then we stopped at the hook of Holland [Rotterdam], where we boarded a boat for Harwich and from there we carried on to Liverpool Street.”

“I was very lucky when I arrived at Liverpool Street station my father was there to meet me, most children had no one there waiting for them. My mother was eventually able to obtain travel documents and come and meet us in London.”

Alf went on to explain the lessons we can learn from the Kindertransport.

He said; “There are moments in life when individuals have to stand up and be counted as Nicholas Winton [organiser of the Kindertransport] did. His actions undoubtedly saved all our lives so it was highly significant”

Alf recalls the moment when he felt the need to stand up and be counted by tabling an amendment in the Lords on child refugees;

“The charity Save The Children produced research which found there were around 95,000 unaccompanied child refugees in Europe, mainly in France, Greece and Italy. I felt we needed to do something so I sponsored an amendment to the Immigration Bill that was being discussed in the Lords.”

The 80th Anniversary of the Kindertransport was approaching, when Britain said yes to take 10,000 thousands child refugees and many other countries refused to take any children. So I thought it would be fitting for the government to commit to taking 10,000 over 10 years. Which is only 1000 a year.”

Only around 250 children have been brought to Britain by the Dubs Act and roughly 480 via the Dublin Treaty. Alf very much sees this as still a “work in progress” and encourages people to lobby their MP and local council to agree to take child refugees.

My final question for Alf was whether he believed the Nazis targeted young people through culture in their 1930s propaganda and what could we do to prevent this happening again.

“I was very young at the time only 6 years old, so most of what I have learned about the Nazis has been since I have been older. But it was clear that the Nazis pushed music as a way of spreading their propaganda and reaching the youth.”

“Today we have big threats from extreme right-wing parties in France, Hungary, Austria and Germany particularly trying to exploit migration and refugees……we need to be aware of what they are doing today and challenge their narrative.”

Alf believes this involves “Making the public aware of what we are doing and why we are doing it.” The example he gave was making people aware of what he was doing to campaign for safe passage for child refugees and why he thought this was important.