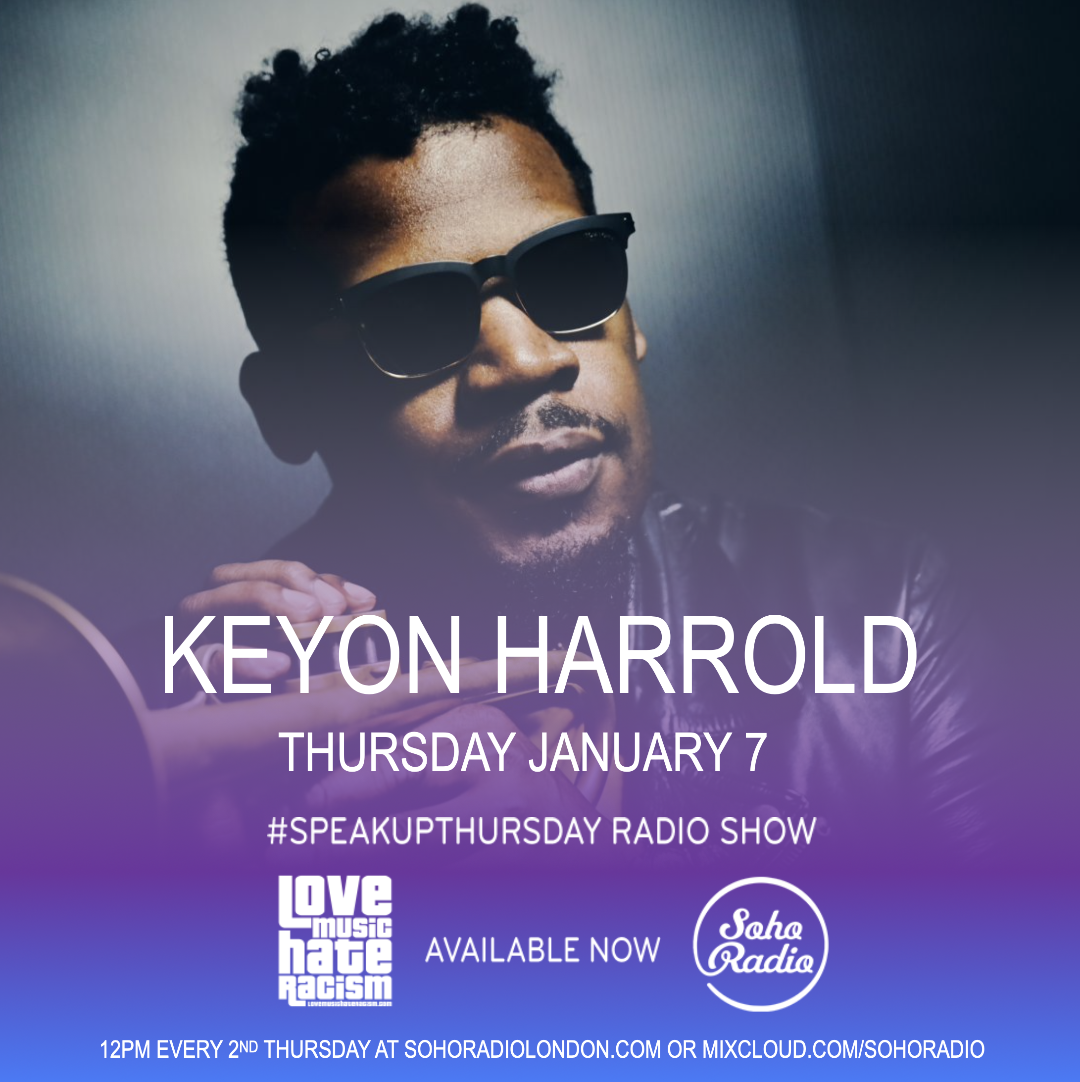 The 14th episode of #SpeakUpThursday with Love Music Hate Racism, and the 1st episode of 2021 featured Keyon Harrold.  Keyon Harrold is a grammy award winning musician and world renowned jazz trumpet player who has performed with the likes of Jay-Z, Beyonce, Gregory Porter, Mary J. Blige, Eminem, D’Angelo, Rihanna, Maxwell, Common, countless other stars as well as on most of the biggest late night television shows in the U.S.A.  On December 26, 2020 Keyon’s 14 year old son was racially profiled and accused of stealing a women’s phone while simply going to lunch in a hotel in which he was a guest, Keyon took a video on his phone during the incident which can be seen here- https://www.instagram.com/p/CJR6LviHFkd/  The video went viral and now Keyon is seeking justice for his son, his petition is linked here- https://act.bencrump.com/a/keyon-harrold We spoke about the effects of this incident, his experience in dealing with it, his time on the campaign trail with Kamala Harris and listened to some brilliant music he’s been a part of.